It has been a decade since the influential UK letterpress exhibition ‘Reverting to Type’ was staged by New North Press in London. It showcased over seventy printed works from individuals and presses across Europe and as far afield as Australia and the Americas. Acting as a conduit to contemporary practice in the centuries-old craft of letterpress printing.

The exhibition was extremely successful with over 3000 visitors attending for the duration (just over five weeks). It sparked further discussions to how and where other physical events could be staged worldwide. And in a small way influenced the Letterpress Workers Summit which emerge only two years later (2012) and has grown into an annual pilgrimage for letterpress aficionados.

Personally the 2010 exhibition acted as one of the earliest opportunities for me to physically meet with some of its contributors. I recall planning to catch up with both John Christopher and Jens Jørgen Hansen at the exhibition (via my www.Flickr.com email). John was proposing to wear a black beret (enabling me to pick him out from the crowd) alongside Jens navigating the space aided at the time by two crutches. They should have been very easy to spot! But the exhibition was so popular that attendees to the ‘Private View’ filled the space to overflowing.

I did manage to navigate the exhibition but unfortunately didn’t get a chance to meet up with either John or Jens. It would be another seven years before our paths would physically cross at LPW in Milan!

Curated by Graham Bignell and Richard Ardagh ‘Reverting to Type 2020’ has a similar feel to the original exhibition – printed pages, bold text compositions, layering of type and colour etc, yet the content resonates with a more political tone. Perhaps because, this time around the call-out was for ‘protest’ posters. And the 2020 contributors have certainly had something to protest about! Political, social, sexual, gender, race, environmental are all catalysts for the work, plus the odd rant about mobile telephone usage – not to mention Covid-19. 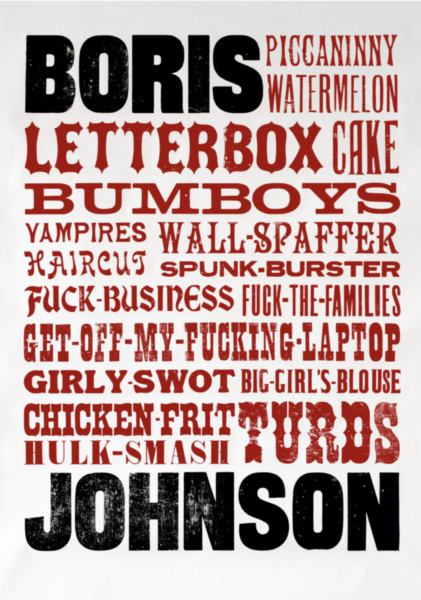 Discussing the response to the call for ‘expressions of interest’ with Graham and Richard it appears that there has been a definitive growth in interest since the first exhibition. Even though letterpress has been sited by the Heritage Crafts Association on their ‘Red Endangered List’ (more for the lack in physical components of printing, than the interest in the discipline) the popularity of letterpress printing continues flourish, develop and grow.

In the decade since the first exhibition (passing a little too rapidly from my perspective) the contemplative ‘slow’ environment that letterpress demands is seen by many as a very valuable ‘mindful’ space. Where ‘it’ (the means of production) is not measured in band width or scale of output but quite the opposite – by the depth of a ‘kiss’ (ink on paper) – less has always been more with letterpress. 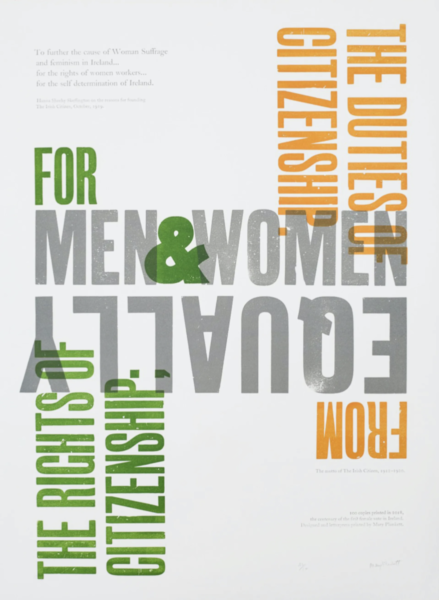 So, to sign off with a short paragraph I wrote for the ‘Long Primer’ explaining how it all began:

Johannes Gutenberg’s original invention using moveable type was revolutionary. It played a key role in the social changes bought about during the Renaissance, the shift of papal authority during the Reformation, and the circulation of both intellectual and philosophical ideas, setting in motion the Age of Enlightenment. A system of sustainable, reusable type facilitating the distribution of information to new, emerging audiences beyond that of the aristocracy helping propel a new age of information, learning and understanding.

I can’t complete this post without a huge thanks to both Graham Bignell and Richard Ardagh for their continued dedication to the promotion and celebration of all things letterpress and their efforts, time and commitment to make this exhibition such a celebration – also further thanks for the contributors to the Long Primer and interviewees (see below) and finally for the Arts Council for their help in sponsoring the event. 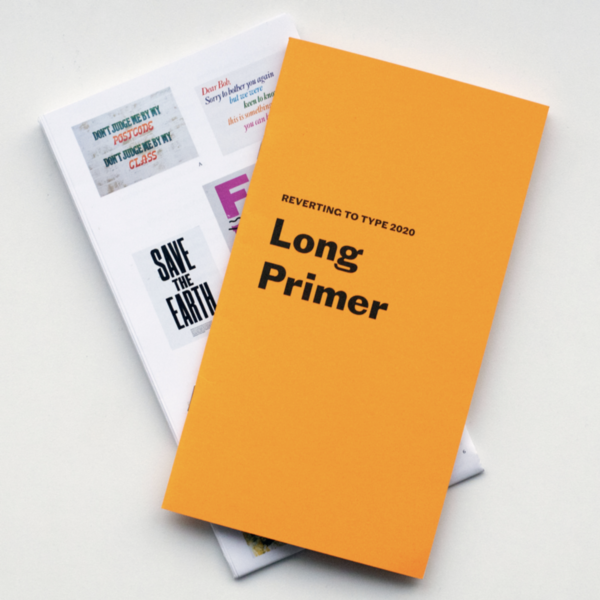 The ‘Long Primer’ is a booklet designed to accompany the exhibition – a forty page document with an introduction by Graham Bignell, essays by John Christopher (Connections), Erin Beckloff (Education), Richard Ardagh (Prospects) and myself (Context) as well as interviews with letterpress printers known for their activism:

The exhibition is open to the public (following guidelines on social distancing) from the 4th to the 22nd December 2020 (12 till 6pm daily).

If you can, make sure you visit it’s a fantastic collection of contemporary letterpress printing.

For those who are unable to attend the exhibition there is a comprehensive website containing all of the contributed works: 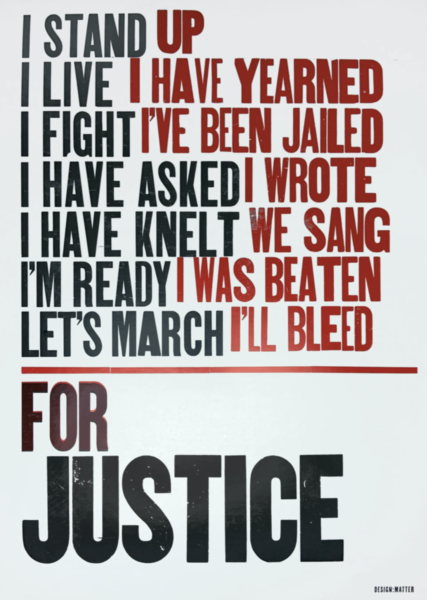